Argos
£99.00
See it
Price history
×
Last Amazon price update was: 30th March 2019 7:00 pm
× Product prices and availability are accurate as of the date/time indicated and are subject to change. Any price and availability information displayed on Amazon.com (Amazon.in, Amazon.co.uk, Amazon.de, etc) at the time of purchase will apply to the purchase of this product.

The hub that looks after your home

Hive Hub 360 is our most advanced hub yet; as well as connecting your Hive devices it detects important sounds around your house like your smoke alarm and sends you a notification.

Hear your alarms wherever you are

Featuring 360° audio detection, it senses if a smoke or carbon monoxide alarm goes off, records it and sends you a notification.

Your Hive Hub 360 detects and records sounds like glass windows breaking and will send you a notification so you can hear what’s happened.

Get your Hive devices working effortlessly together

It’s our most advanced hub and connects your Hive devices over a secure, dedicated network so they work brilliantly together.

If your internet goes down, keep your home up and running

Hive Hub 360 has its own internal memory so if your broadband ever goes down your Hive devices and any Hive Actions you’ve set up keep working.

Hive Hub 360 connects through Wi-Fi so you don’t need to plug it into your router. It’s also beautifully designed, comes in two colours and will fit seamlessly into your home.

You can also set your Hive Hub 360 to pick up dogs barking. Then you can listen in and hear whether they’re in trouble, barking at a stranger or just being noisy.

Hive's network of interconnected smart home devices, from Yves Béhar-designed Hive View, to lightbulbs, plugs and smart thermostats, have a new grand master – and it's got built in WiFi. Like the existing Hive Hub, the new, updated Hive Hub 360's...

Centrica Hive has announced the launch of the Hub 360, a wireless hub designed to connect Hive devices and bring sound detection into the home. Billed as it's “most advanced Hub yet” by the manufacturer, the Hive Hub 360 offers 360-degree audio... 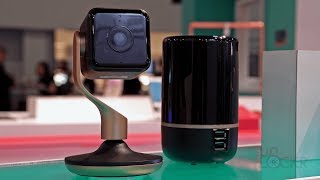 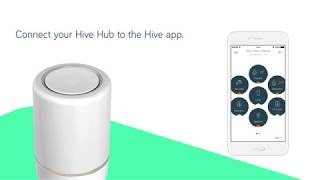 About The Home Automation Hub

Everything you need related to home automation all in one place. We also feature a Forum that's staffed by experts and manufacturers aimed at resolving your problems

About The Home Automation Hub

Everything you need related to home automation all in one place. We also feature a Forum that's staffed by experts and manufacturers aimed at resolving your problems